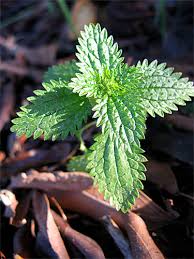 As I’ve just spent several hours in my garden doing quite an onerous task, I had this thought: Shakespeare may have avoided spending lots of time back home with Ann and the kids to avoid something that all suburban homeowners know only too well–weeding. But he cleverly included lots of references to weeds throughout his  sonnets and plays. Here are a few:

“Thy youth’s proud livery, so gazed on now, /Will be a tatter’d weed, of small worth held” Sonnet 2

“I must up-fill this osier cage of ours /With baleful weeds and precious-juiced flowers.” Friar Laurence from Romeo and Juliet

“‘Small herbs have grace, great weeds do grow apace: /And since, methinks, I would not grow so fast,  /Because sweet flowers are slow and weeds make haste.” York from Richard III

” O thou weed, who art so lovely fair and smell’st so sweet that the sense aches at thee, Would thou hadst ne’er been born. ” Othello

“He was met even now /As mad as the vex’d sea; singing aloud; /Crown’d with rank fumiter and  furrow-weeds, /With bur-docks, hemlock, nettles, cuckoo-flowers, /Darnel, and all the idle weeds that grow /In our sustaining corn.” Cordelia from King Lear

“…do not spread the compost on the weeds, /To make them ranker.  Hamlet

“Now ’tis the spring, and weeds are shallow-rooted; /Suffer them now, and they’ll o’ergrow the garden /And choke the herbs for want of husbandry. Queen Margaret from Henry VI part 2

“Our bodies are our gardens, to the which our wills are gardeners: so that if we will plant nettles, or sow lettuce, set hyssop and weed up thyme, supply it with one gender of herbs, or distract it with many, either to have it sterile with idleness, or manured with industry, why, the power and corrigible authority of this lies in our wills. Iago from Othello


Then there’s this passage from Richard II:
Gardener:

Go, bind thou up yon dangling apricocks,
Which, like unruly children, make their sire
Stoop with oppression of their prodigal weight:
Give some supportance to the bending twigs.
Go thou, and like an executioner,
Cut off the heads of too fast growing sprays,
That look too lofty in our commonwealth:
All must be even in our government.
You thus employ’d, I will go root away
The noisome weeds, which without profit suck
The soil’s fertility from wholesome flowers.

Why should we in the compass of a pale
Keep law and form and due proportion,
Showing, as in a model, our firm estate,
When our sea-walled garden, the whole land,
Is full of weeds, her fairest flowers choked up,
Her fruit-trees all upturned, her hedges ruin’d,
Her knots disorder’d and her wholesome herbs
Swarming with caterpillars?

And here’s Hamlet again in his famous soliloquy:

Hamlet:
O, that this too too solid flesh would melt
Thaw and resolve itself into a dew!
Or that the Everlasting had not fix’d
His canon ‘gainst self-slaughter! O God! God!
How weary, stale, flat and unprofitable,
Seem to me all the uses of this world!
Fie on’t! ah fie! ’tis an unweeded garden,
That grows to seed; things rank and gross in nature
Possess it merely.”

And then there’s this news report which claims that our playwright may have had some added inspiration of the chemical kind.


OK, now I’ve got to get back to my “unweeded garden” because something is rotten there.

A National Poetry Month challenge: Tap the link in

If you could rewrite the ending of one of Shakespe

⚡⚡⚡ This Wednesday on the Shakespeare Lightn

Five-sixths of the plays originally written and pe

How well do you know Shakespeare's fools? Tap the

What's the best production of "Much Ado About Noth